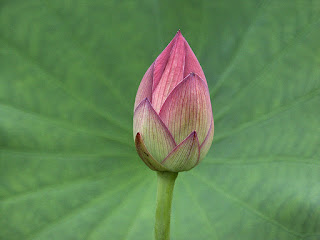 I was rereading a section from Kahlil Gibran’s The Prophet the other day. It’s one of my favorite books. There’s so much wisdom within its pages. I went to look for it online and when I did a search I found that so many of the webpages were focused on analyzing the meaning of the passage. For me that seems to defeat the purpose of the passage – self-knowledge. This is what he has to say:

And a man said, Speak to us of Self-Knowledge.
And he answered saying:
Your hearts know in silence the secrets of the days and the nights.
But your ears thirst for the sound of your heart’s knowledge.
You would know in words that which you have always known in thought.
You would touch with your fingers the naked body of your dreams.

And it is well you should.
The hidden well-spring of your soul must needs rise and run murmuring to the sea;
And the treasure of your infinite depths would be revealed to your eyes.
But let there be no scales to weigh your unknown treasure;
And seek not the depths of your knowledge with staff or sounding line.
For self is a sea boundless and measureless.

Unfortunately, it’s true though, so often we want someone to explain the meaning to us, rather than explore on our own. We have a tendency to look at self-discovery as a challenge or even a waste of time, rather than look at it as an opportunity with a sense of wonder. We want the questions answered, rather than practicing patience and seeking solitude to listen to the inner well-spring of wisdom and knowing. I love Rainer Maria Rilke’s advice in Letters to a Young Poet: “be patient toward all that is unsolved in your heart and to try to love the questions themselves like locked rooms and like books that are written in a very foreign tongue. Do not now seek the answers, which cannot be given you because you would not be able to live them. And the point is, to live everything. Live the questions now. Perhaps you will then gradually without noticing it, live along some distant day into the answer.”

“And the point is, to live everything.” Or as Rumi says in The Guest House, “Be grateful for whoever comes, because each has been sent as a guide from beyond.” There is so much that we can learn about ourselves and the miraculous world around us by simply living into the questions without rushing to find an easy answer handed to us by another. For “the soul unfolds itself like a lotus of countless petals.” Be present and enjoy the unfolding this week.
Posted by Lynda Allen at 7:12 AM

Lynda Allen
I consider myself a life in progress. My personal mission is to be the purest expression of love that I can be. How that expresses is ever evolving and deepening. One of the profound ways that love moves through me is in the form of words. I strive to help hearts shift through sharing those writings and words. I have written three collections of poetry, Wild Divinity, Illumine, and Rest in the Knowing; a novel, Sight to See; and a nonfiction book, The Rules of Creation. Another way that love expresses through me is in the form of images. I have recently opened a shop called Wyth a WhY? (https://www.cafepress.com/wythawhy) through Café Press to share some of those images. It is a work in progress! Through all of my creations, I hope to inspire others to open their hearts and embrace their journey, both the dark and the light, with joy. All writings © Copyright Lynda Allen