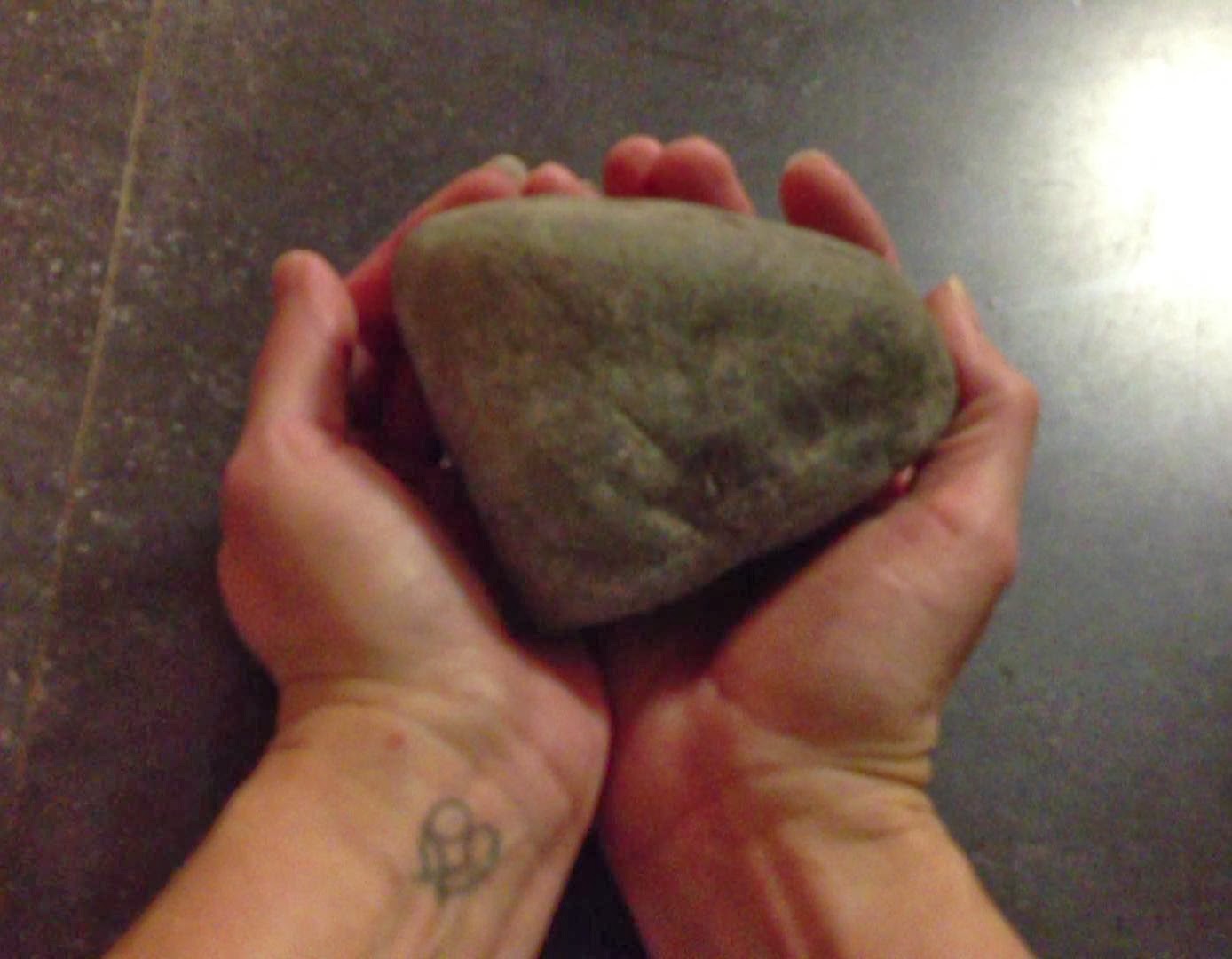 A stone. It is offered to he or she who is without sin. I believe Jesus is one of only a few who could truly offer that stone to another. While I strive to live a good life I have not the purity of heart that Jesus had. Yet he is not now among us to offer the stone. The best I can do then is to offer it to us rather than you. Who of us is without sin and so can cast the first stone?

I will admit that initially my thought was to offer it to the people of Arizona and Kansas who supported and wrote laws that attempt to legalize discrimination. My heart was heavy for those who were being discriminated against. But as I thought more about it I realized that the stone is for us all. A reminder of love and of the quiet, but powerful grace with which it was offered.

If the most basic lesson of all the world’s holy books is love, why not start and grow from there?  Why not write laws that erase the lines between us rather than demark them? Why not write laws that encourage us to love our neighbor and to do unto others as we would have done unto us? These are basic themes found in religions throughout the world. Why not begin from there, from love?

I am not asking anyone to condone a behavior they believe to be wrong. Instead, I am reminding us to love those we disagree with rather than condemning them.  I have struggled with that myself in relation to these new laws. How do I love someone I disagree so strongly with? How do I “love the sinner, but not the sin?” For me, I am striving to begin from love. So while I disagree with the laws passed and presented in Arizona and Kansas that allow discrimination based on someone’s sexual orientation, laws created from the religious beliefs of only a portion of the population, I am striving to have a conversation about it from love, not wanting to add to the separation and the idea of the “other.” Though, I freely admit that it took the insight of my friend, Anne, to remind me of that path as I was in the midst of my distress.

That is the greatest gift we can offer to each other, a reminder of love.

A grace filled man from our community passed away on Sunday and from the response to his passing it is clear that he lived his life as a reminder of love. His life was the reminder, the way he lived it with such joy and light and generosity of spirit, was the reminder of love. Not love offered only to those we agree with or only those we worship with or vote with or pray with, but love offered to all whom cross our path. Love does not discriminate.

Let us all pick up the stone and feel its weight. Shall we carry it around with us, ready to throw or shall we lay it down and pick up love instead? Which would we rather walk with?

Love does not discriminate.
Posted by Lynda Allen at 8:02 AM 1 comment: